The sun is shining this morning on the hamlet of Inukjuak. As rays of warmth touch on my skin, I reflect on my work up to now. My gaze wonders to the melting river where the strong current carries off the last, massive chunks of ice. The view is splendid despite the makeshift environment of my “office”: a small desk tucked between a printer, fridge, and supplies cabinet. As colleagues walk by, fishing and hunting make the bulk of the conversations, alongside the weather.

This improvised desk is where most of the magic happens. And by magic, I mean interview transcriptions, matrix-building (one cannot escape from Excel so easily…), phone recruitment, following of the Euro, etc. So far, I’ve managed to complete nearly 10 interviews with current, past, and future business owners, in addition to local leaders such as the mayor. The main research questions are as follows:

If you’re interested in learning more about the project, I invite you to read the Research Proposal – Local Economic Development in Nunavik. In reality, I’m stunned by the lack of businesses in town. Other than two grocery stores and ski-doo repair shops, there are maybe 3-4 enterprises in town, mostly contracting services to government organizations. Restaurant, bar, coffee shop, accountant? Nope. On the flip side, the social economy is prevalent. From qajaq-training courses to carving workshops, in addition to caribou storage in the community freezer for deprived community members, sharing is a way of life that remains true to this day in modern Inuit society.

Does the lack of businesses imply a failure to progress? But, what exactly is progress? Too often, progress is synonymous with GDP per capita or, in essence, the capacity for individuals to generate economic returns. We equate development with material well-being. According to this line of thinking, Nunavik, with 37% of its population living under poverty, is in a very precarious position. However, one who rambles around the village will fail to stumble upon any homeless individuals. Despite the numerous challenges here, sharing is too often unaccounted for.

This is the real sharing economy.

The lack of businesses therefore illustrates a rejection of the foreign concept of capital accumulation. Nevertheless, local economic development can act as a channel to re-ignite a sense of pride. When erected collectively, businesses can empower community members take decisions in a self-determined manner. In turn, the damaging cycle of dependency towards the state can be diminished.

A nation within a nation 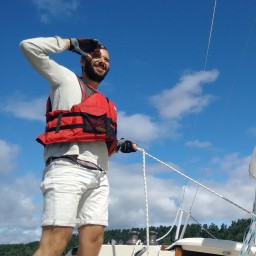